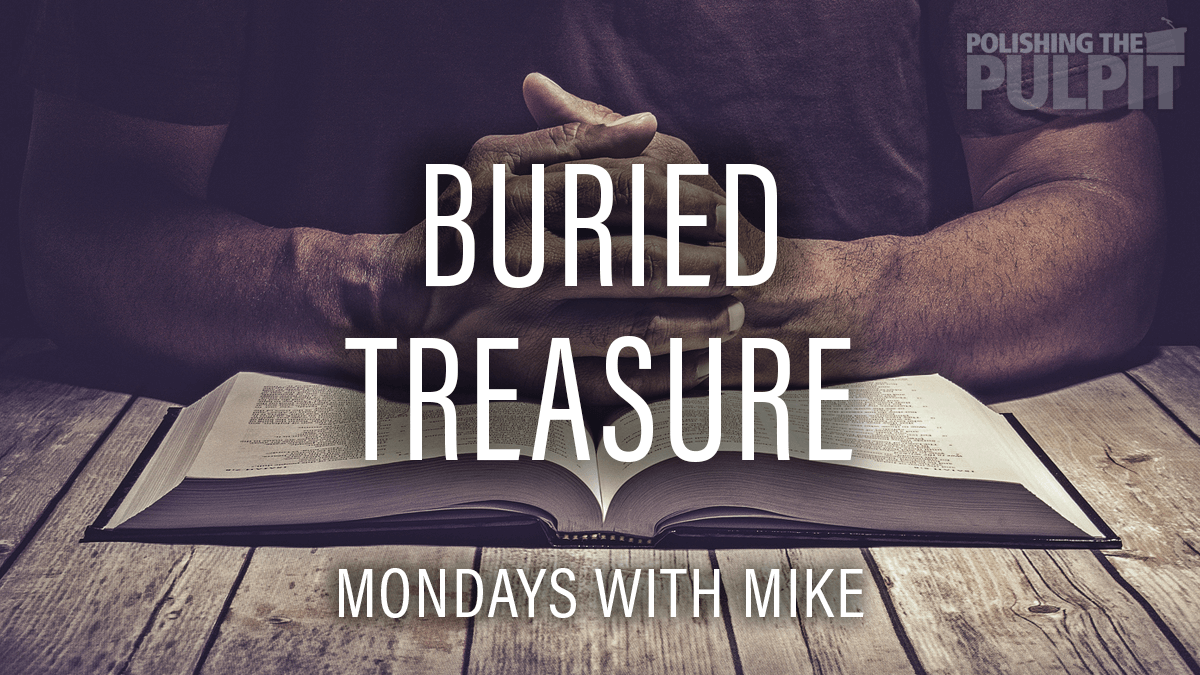 When we were children, many of us imagined what it would be like to find buried treasure.  I recently was able to again experience the child-like joy of finding something of incredibly great value when I came across a treasure in an antique mall in the town where I preach. There it was, still in the box in which it came, in absolutely pristine, mint condition – a Thompson Chain Reference Bible in imported Moroccan leather, India paper with gold edges. What a deer hunter experiences when seeing the biggest buck ever and what a bargain hunter experiences in coming across the greatest of bargains is similar to what I was experiencing in running across this Bible!

For those unfamiliar with the Thompson Chain Reference Bible, it is something of the “granddaddy” of reference Bibles produced in the United States. Put another way, to have a Thompson or a Dickson Study Bible in the mid to late twentieth century was like owning the “Lexus,” “Cadillac” or “Mercedes” of study Bibles. The Thompson was advertised as, “Truly a Bible PLUS a Biblical Library in ONE Volume.” The one I found was printed in 1964, and to my surprise was in as immaculate shape inside as it was outside. There wasn’t a mark in the thing; it was untouched by time. No stains, smudges, nothing. Though the Bible was well over 50 years old, it still looked brand new inside and out! For those of us who are over age 50, if we could only look half as good as this Bible did people would think we’d discovered the proverbial “fountain of youth!”

As I thumbed through this 50 year old, new still-in-box Bible, I came across a note that was inside it. The note indicated it had been a wedding gift. It had been given to a couple named Ted and Jo Ann by Grandmother Gail in 1970.  And as great as finding the Bible was, finding the note added even more value – although I have no idea who Ted, Jo Ann and Grandmother Gail were!

Grandmother Gail in her note referred Ted and Jo Ann to Ephesians 5 and God’s will for them in their marriage and home. She tenderly and sweetly exhorted Ted to be “the head of the house” and to love Jo Ann “as Christ loves the church.” Grandmother Gail then wisely and graciously wrote Jo Ann of her responsibilities as a wife from the same passage. At the time of writing, Grandmother Gail had been married for 45 years. She remarked how much better and easier her own marriage would have been had she and her husband consulted the word of God. She pled with Ted and Jo Ann to read and study together.

Grandmother Gail’s last words in the note were particularly poignant: “There is only one successful way to anything, and that is the right way.” And this is because “God made the blueprint so very plain we can seek and find it.” The final words were, “ I hope this Bible gives you both much pleasure, happiness and understanding down the years.”

I wondered if Ted and Jo Ann realized the treasure Grandmother Gail had given them! I wondered if they realized the heartfelt note this older woman had written them was a “map” for finding “unsearchable riches” not only with God Himself, but for their marriage and for every other relationship too. Grandmother Gail had given them the map, a treasure chest and the key!

Forty-eight years have now passed since Ted and Jo Ann were given this Bible. Grandmother Gail surely has been dead for years. I found myself wondering if this young couple heeded and treasured the gift they had been given, but the absolutely beautiful condition of the Bible, along with the unbelievable condition of the very box in which it came, left me in serious doubt. It may well have been a classic case of “buried treasure” – they simply stuck it in a drawer somewhere. It remained unseen and unexposed to the light of day. The old proverb about “if your Bible is falling apart, it might be the reason why your life isn’t” kept running through my mind.

‘Of all the gifts Ted and Jo Ann were given in their marriage, of all the things they acquired over the years, nothing was truly more precious than this lovely copy of the word of God and the handwritten note that accompanied it. And I paid $4.50 for the Bible and for the privilege of being able to share this story with you. Believe me, it was one of the best investments I ever made!

Category: Mondays with MikeBy Polishing the PulpitMarch 27, 2018Leave a comment