Hearing Jesus On Marriage and Divorce 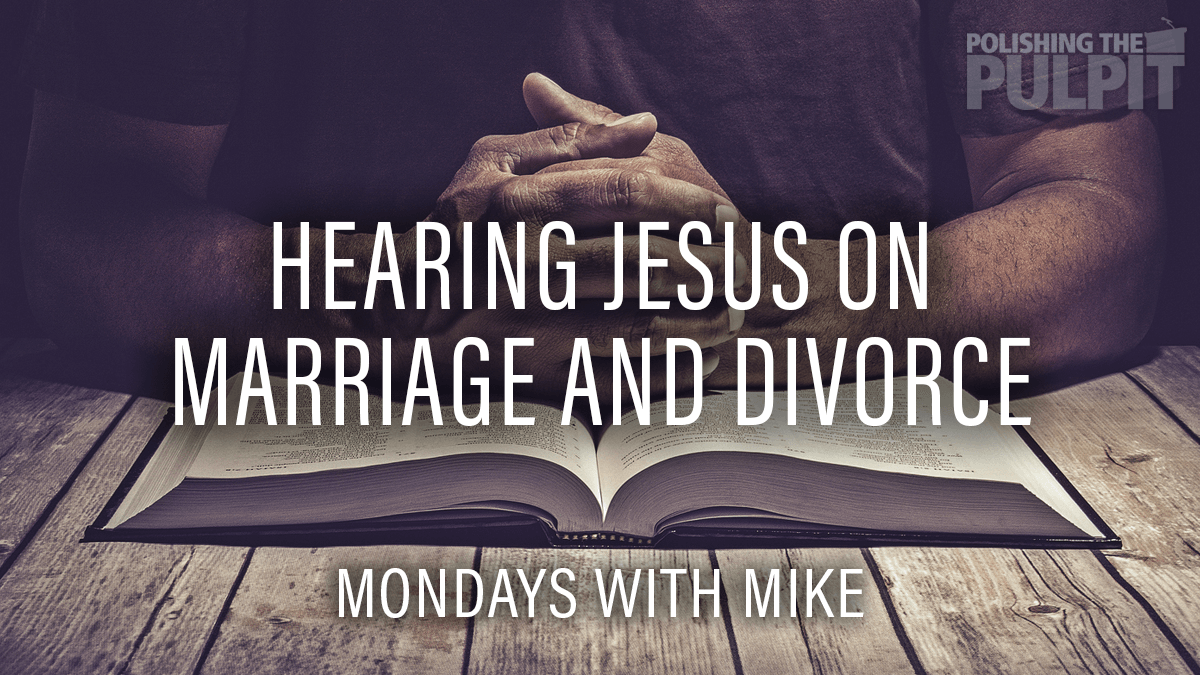 The world is terribly confused about divorce because the world is even more confused about the nature of marriage! In Christ’s day, divorce was a matter of considerable controversy. Today divorce is quite common, but the pain, scars and confusion it leaves behind can impact individuals and families for a lifetime. How we respond to such subjects can say a great deal about us as Christians!

Hear the words of Jesus in Matthew 5:31-32:  “It was also said, ‘Whoever divorces his wife, let him give her a certificate of divorce.’ But I say to you that everyone who divorces his wife, except on the ground of sexual immorality, makes her commit adultery, and whoever marries a divorced woman commits adultery.”

Here are some observations I pray will be helpful for individual Christians and for churches in dealing with marriage and divorce.

Individual Christians and churches must be willing to speak up concerning God’s will on any and every subject (1 Pet. 4:11). And we must be just as willing to step up and to show the love of Christ to all (John 13:34-35).