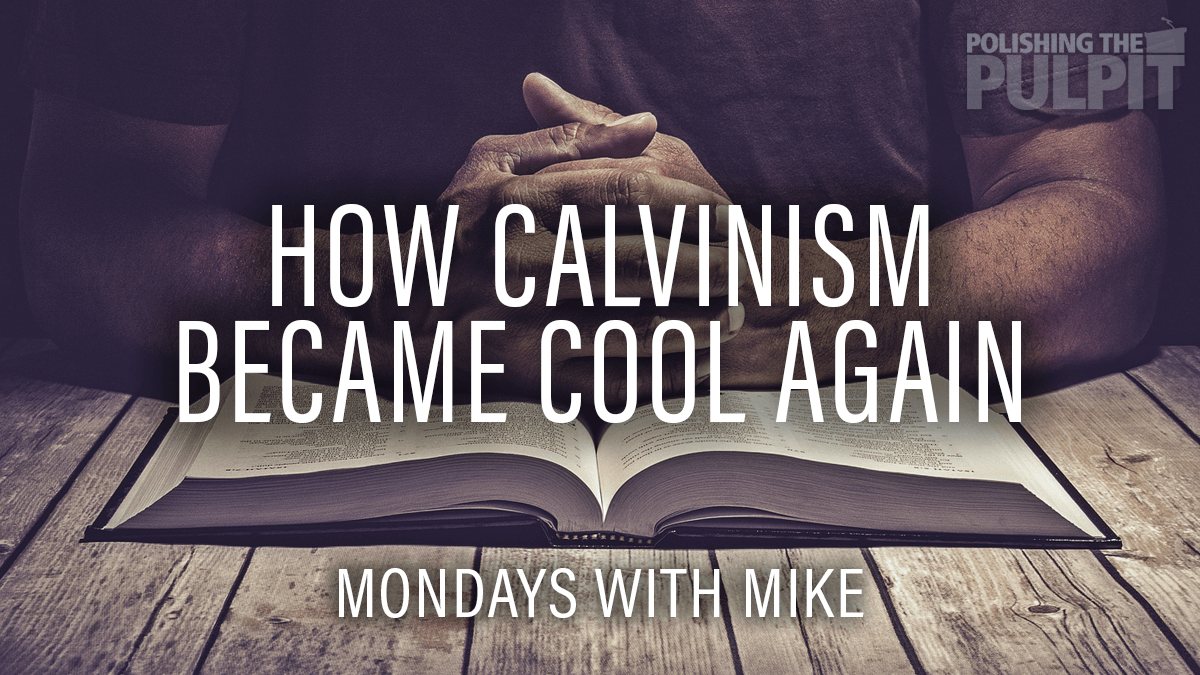 How did it happen? How has there been a resurgence of Calvinism in the 21st century? What seemed to be a waning movement only a few decades ago, and one that few would ever have considered “cool,” has become somewhat fashionable in today’s religious climate. Old errors have a way of getting a face-lift and finding renewed appeal. And be assured that Calvinism’s TULIP is not nearly as lovely nor as biblical as many of its proponents would have one believe. Here are some particulars concerning why there has been renewed interest in Calvinism.

How should God’s people respond to this? For one thing, we should take notice that Calvinists are quite adept at getting their message out well through a variety of mediums and on an amazingly diverse number of pertinent subjects. Should this not be done more among us? Should not the truth of the gospel be broadcast with even greater variety, fervor and expertise? Ultimately, this should be done because this is precisely how the message of God ought to be proclaimed.

Second, we need to remember that what is religiously “cool” today often is passé tomorrow. Religious trends come and go, but there is a timelessness to true Christianity that makes it perpetually relevant and gloriously exciting. Restoration beats reformation every time! Therefore, we do not need to be overwhelmed or defeatist in thinking that Calvinism or any other “ism” will win the war (cf. 2 Peter 3:17-18).

Third, there are many “cracks” in this “Cool Calvinism” that likely will lead to serious fractures in the future. For example, not all prominent leaders in this resurgence are 5 point Calvinists; a good number hold to 4 or even to just 3 points of the TULIP. Some hold to infant baptism while others advocate believers baptism. Some hold to immersion while others to sprinkling and/or pouring for baptism. There are extremely strong differences regarding millennial matters, especially relative to dispensationalism and to covenant theology. Further, there is considerable disagreement as it concerns the Charismatic Movement. Many Calvinists would believe in the cessation of miraculous gifts while others are quite sympathetic to the movement.

Fourth, God’s people need to be thoughtful, discerning and wise (Matt. 10:16; 1 Thess. 5:21). With the proliferation of Calvinistic stuff out there these days, some uncritically and without adequate thought may be quick to buy into at least some aspects of Calvinism.  However, most Christians will not.  Religious error has been faced by the faithful of God for a long time now, and Scripture remains the authoritative standard. As a dear friend who’s gone to be with the Lord used to say, “The word of God sure does shed a lot of light on those religious books!”

Finally, Calvinism should serve as a reminder about the inherent danger of spiritual imbalance. They have so stressed God’s sovereignty (an important theme, no doubt) that human responsibility (another important theme) fails to receive an appropriate biblical emphasis. Faith has been given such emphasis within Calvinism that it has become “faith alone” – something that the Bible simply does NOT teach. Handling the word of God properly necessitates a rigorous commitment to the whole counsel of God (2 Tim. 2:15; Acts 20:17-32). It seems man has ever had the tendency to emphasize some aspects of God’s word to the neglect or exclusion of other equally important parts. May we not be guilty of falling into this trap! May God help us to remember the blessing of biblical balance!

Category: Mondays with MikeBy Polishing the PulpitJuly 9, 2018Leave a comment