Ironies of the Arrest and Trials of Jesus 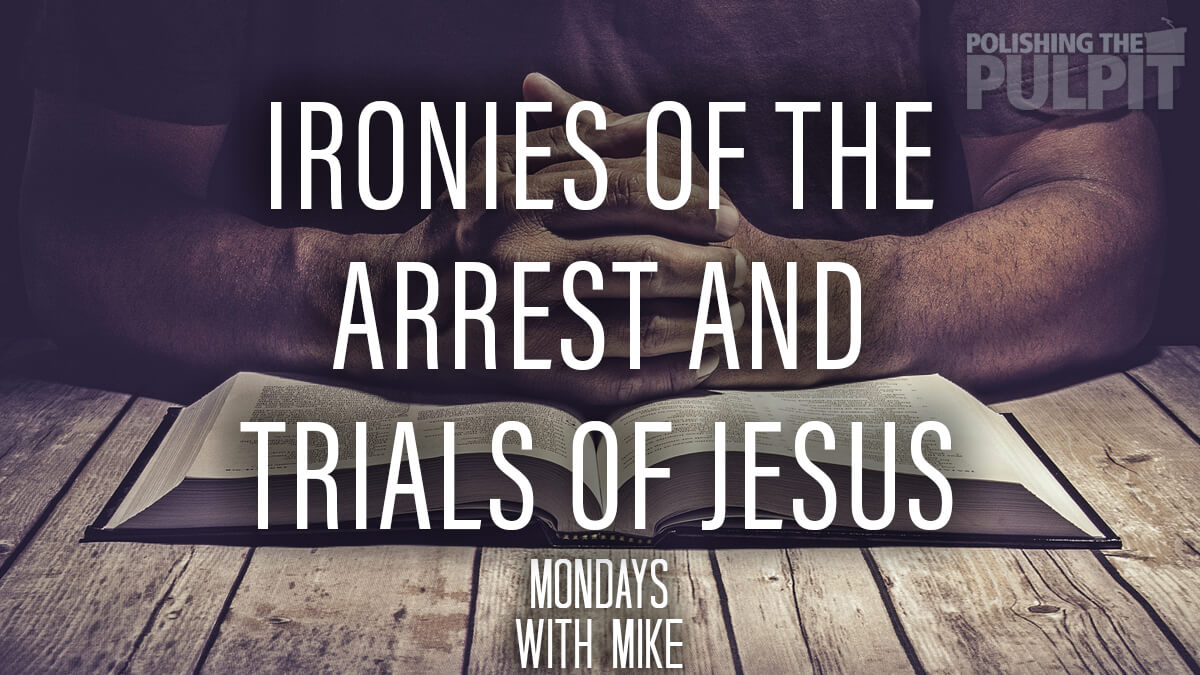 Irony is a literary technique by which the full significance of one’s words and actions are clear to the audience or reader but unknown to the character. A state of affairs occurs that seems directly contrary to the truth of the matter. The biblical account of the arrest and trials of Jesus seems to be baptized in irony (Please read Matthew 26:47-27:26; Mark 14:43-15:15; Luke 22:47-23:25; John 18:2-19:16). Consider the following points of irony –

In considering these events leading up to the Cross, all one can humbly say is, “Oh, What a Savior!”—Mike Vestal

Category: Mondays with MikeBy Polishing the PulpitOctober 16, 2017Leave a comment