Reflections on 300 Plus Funerals 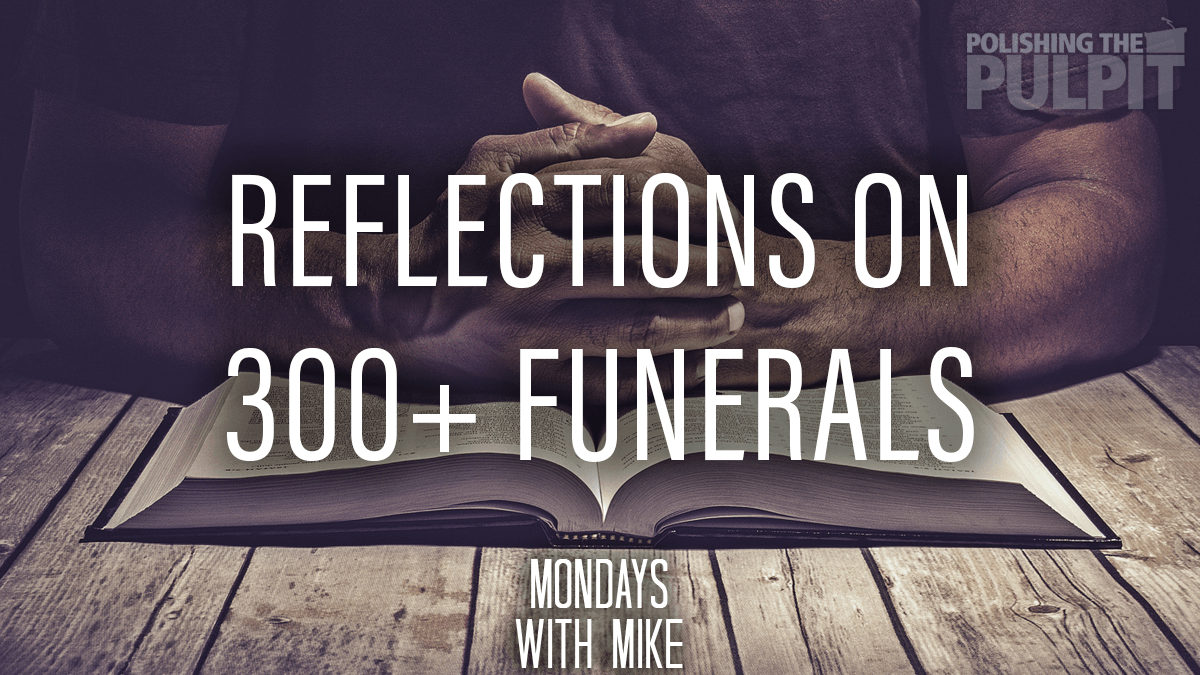 It’s not about being morbid, sad or cynical. It is an important but often neglected area of preaching. In 35 plus years of full-time preaching, the count stands at 342 – funerals, that is. I’ve done funerals for babies who were born premature and for people who were almost 100, for AIDS victims and for murder victims, for saints and for sinners. Every one of those 342 was precious to God, and there’s much to be learned from them. And each one was an opportunity for me to reach out to others as a servant of our God. Here’s seven reflections for your consideration.

A number of years ago, I did a graveside service for a man I’d never met. The dealings with the family, as well as the service itself, led to a 77 year old man visiting our congregation who had attended that service. That man eventually was baptized and became a 77 year old babe in Christ! He became a special friend and beloved brother. He became dear not just to my family and me, but to the entire church. He went to be with Jesus a short time back at the age of 82 and I did the funeral. The story just proves the point: the good news about Jesus continues to give people forgiveness and life – even when first heard at a funeral! — Mike Vestal

Category: Mondays with MikeBy Polishing the PulpitDecember 11, 2017Leave a comment