Remembering How to Walk 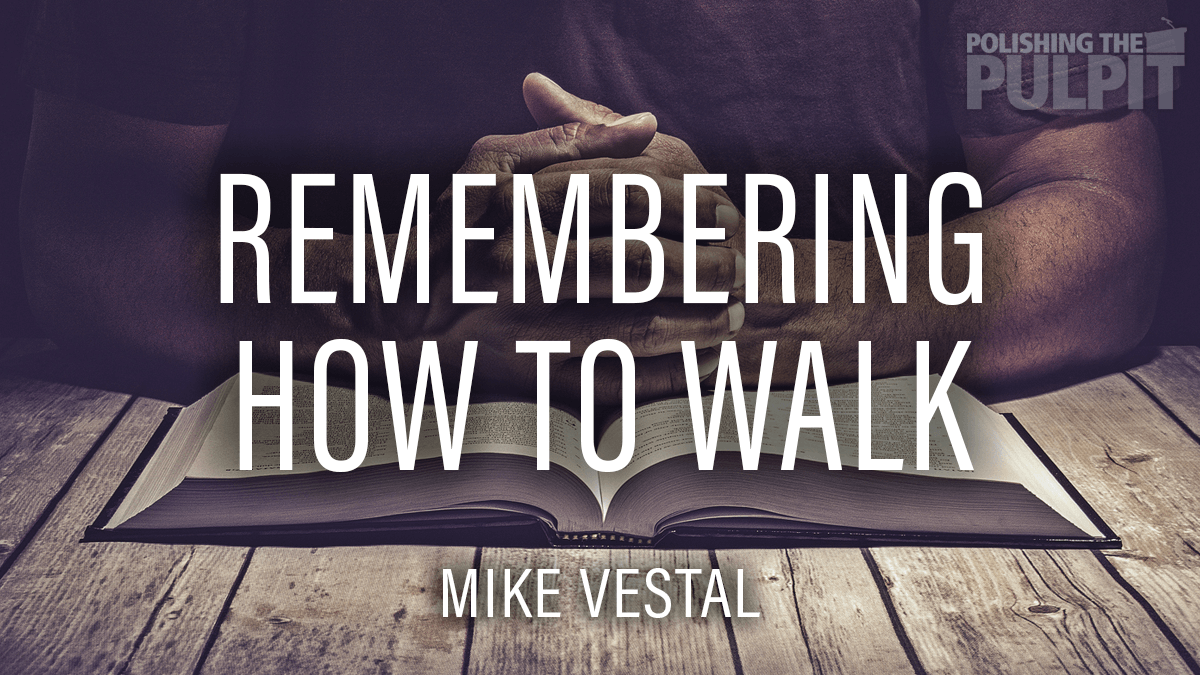 “Therefore, as you received Christ Jesus the Lord, so walk in him, rooted and built up in him and established in the faith, just as you were taught, abounding in thanksgiving” (Colossians 2:6-7).

Anything one adds to Jesus and His gospel subtracts from their beauty, sufficiency, and preeminence. In other words, adding to Jesus and the gospel is really bad math! That’s exactly what Paul is dealing within the book of Colossians. One finds in Jesus “all the treasures of wisdom and knowledge” (Colossians 2:2). One must not be “deluded’ into thinking anything else or anything more is needed (cf. 2:4, 8). From the beginning, Satan has sought to undermine the truth that what God has given is really enough (read Genesis 3). Why should we be surprised then that the devil would seek to undermine the perfect salvation to be found in Christ and the gospel?

Notice how Paul deals with this. First, He Refers to a Fact. They had “received” Christ (cf. 1 Corinthians 15:1-4). Contextually, Paul leaves no doubt whatsoever as to when this “receiving” of Christ occurred – it happened when they were buried and raised with Christ in baptism (see Colossians 2:11-13). Note also from the text they had received “Christ Jesus the Lord.” He is the Messiah, the long-awaited Anointed One. He is the Savior. He also is Lord. He’s telling these Christians and us that there never will be a greater message to embrace and there never will be a great Savior and Lord! What they “received” did not find its source in speculation or imagination, but in the revelation of God Himself!

Second, He Commands a Walk. According to Paul, it’s not the time to fall, stumble or crawl – it’s the time to walk. He says, “so walk in him.” It is always the right time to walk in Jesus! “In Him” is the environment and relationship in which we are to live, walk, act, speak and think. God’s word explains this “walk” in four ways. It’s being “rooted.” There is a healthy depth and root system in this walk. There is a downward sense in the “walk.” It’s also being “built up” in Him. This is an upward sense of being encouraged and developing and growing in Him. Next, he writes of being “established in the faith.” Note the inward dimension of the walk. Through Jesus and the gospel, we can be established “in the faith.” The is a body of truth to which all humanity is accountable. This was something they were “taught” and had “received.” Too many people have gotten “established” in everything but Jesus and His gospel! Finally, there’s an outward sense to the “walk.” We are to be “abounding in thanksgiving.” Do we truly overflow with a sense of thanksgiving or are we abundant in complaining? (Cf. Philippians 2:14-15).  Our “gratitude quotient” or lack thereof is a clear indication of our “walk.”

As Christians, we are either seeking to walk in Christ or we are walking away from Him. Nothing can possibly be sweeter than walking with and in the Lord. Anything else is a poor substitute!

Category: Mondays with MikeBy Polishing the PulpitOctober 20, 2020Leave a comment