Sometimes, The Best Offense Is a Good Defense 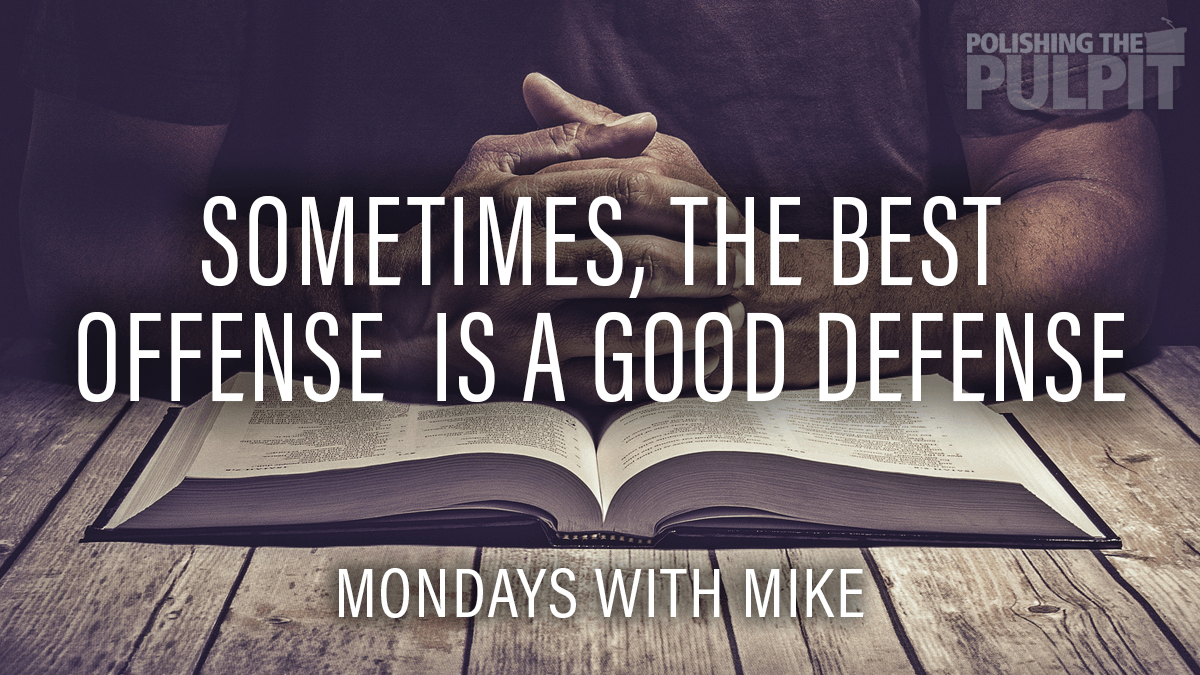 In many sports, the importance of having a good defense can make the difference between a championship-caliber team and a loser. A similar point can be made for Christians and evangelism. The word “apologetics” comes from the Greek word apologia, which originally was used of a speech of defense or an answer given in reply. The word appears some 17 times in the New Testament, appearing most frequently in the book of Acts (cf. Acts 19:33; 21:14; 22:1; 26:2, 24). 1 Peter 3:15 says, “But sanctify the Lord God in your hearts, and always be prepared to give a defense to everyone who asks you a reason for the hope that is in you, with meekness and fear.” Paul, inspired of the Holy Spirit, would pen: “I am appointed for the defense of the gospel” (Phil. 1:17). Sometimes, the best offense for bringing others closer to Christ is a good defense!

It is possible to distinguish 4 major biblical functions or aspects of apologetics. The first involves proof or vindication – the marshaling of logical reasons or evidences that develop a positive case for Christianity. Their purpose shows that Christianity is reasonable.

A third function or aspect of apologetics is refutation – refuting or showing objections to Christianity to be false, unfair, or unreasonable. The idea here is to show that not only is Christianity reasonable and credible, but that Non-Christian thought is unreasonable.

Another aspect of apologetics has to do with persuasion – convincing and persuading others not just that Christianity is true, but to lovingly apply its truth to their lives (cf. Acts17:2-4). Seeing apologetics in this light means that Christianity is more than just an exercise of the mind, it is also an encounter of the heart with a personal God who wants us to know and properly relate to Him (cf. John 17:3; Phil. 3:10). Apologetics as persuasion takes into consideration the fact that Christianity is not known by reason alone, but also through a relationship that is living and real with God.

Now, you may be asking how all of this really applies to us, and that’s a great question. The fact is, EVERY CHRISTIAN IS AN APOLOGIST! Each of us as Christians has a role in showing the reasonableness of Christianity, defending it from attack, ridicule and criticism, refuting the false positions of other approaches and persuading others to humbly and lovingly embrace Jesus as Lord and Savior (cf. Acts 4:12). The REAL question is, Are we good apologists? Are we mediocre apologists…or just flat-out bad ones? Being a good minister or servant of Jesus certainly involves these areas (1 Tim. 4:6, 16), even if it also involves more. BLESSED ARE THE BALANCED! EACH ASPECT of apologetics needs to be properly emphasized by Christians. Yes, the best offense may just be a good defense.

Category: Mondays with MikeBy Polishing the PulpitJune 25, 2018Leave a comment