When Your Life is “Caving In” 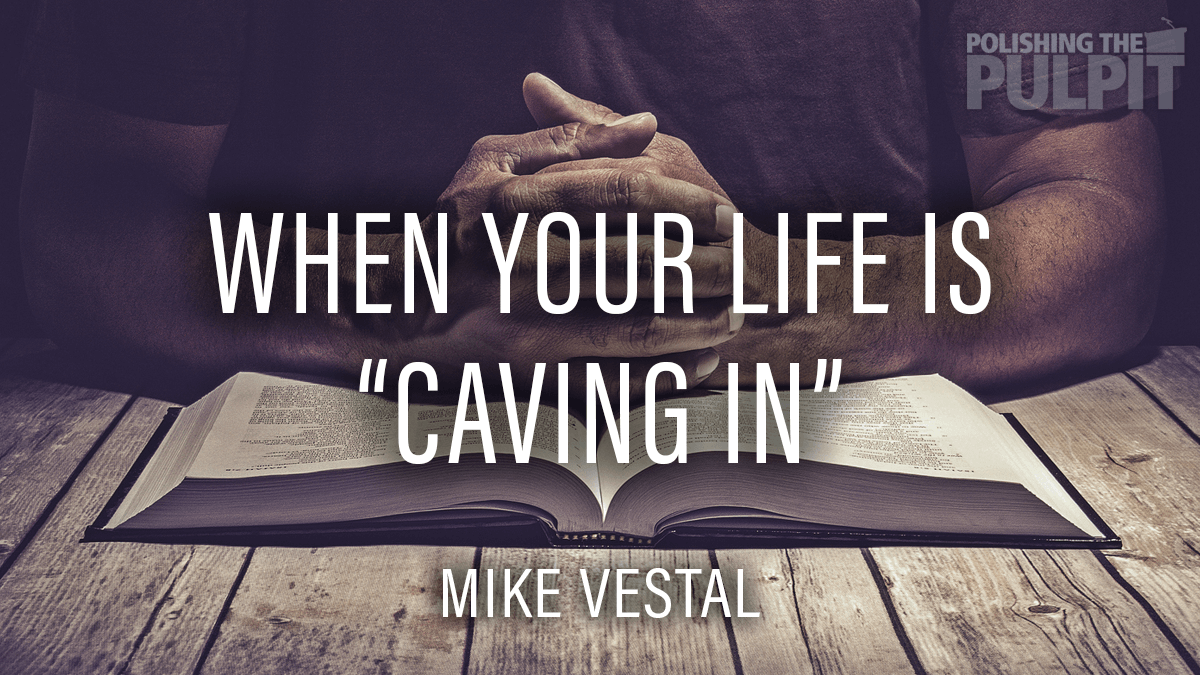 It’s been said that “a man’s home is his castle,” but in Psalm 142, a king’s castle is a cave. I doubt that David put a “Home Sweet Home” sign at the entrance! Caves are dark and damp, with a conspicuous lack of light. The cave may go on and on in its darkness, with seemingly no end in view. There’s always the possibility of encountering wild animals; uncertainty and fear can abound.

I suspect we all know something about “cave experiences.” Although difficult and lonely, people can learn a lot from them, can’t we? (Cf. Psalm 46-1; James 1:2-4). In this psalm, let’s consider how David felt. Then let’s consider what David did. Finally let’s consider where David looked.

How David Felt. Psalm 142:3-7 is a catalog of uncomfortable feelings. David felt “faint” and “trapped” (vs. 3). He felt terribly “alone” (vs. 4). He felt “very low,” “persecuted” and “weak.” He felt overwhelmed by the sheer number and strength of his foes (vs. 6). He felt “imprisoned” and trapped (vs. 7). Here is a man after God’s own heart (1 Samuel 13:14) who appears deeply depressed and “at the end of his rope.” Perhaps we’ve experienced similar times and feelings in our own lives.

What David Did. Four expressions from Psalm 142:1-2 tell us: (1) “I cry out.” The idea is he howled like a wounded animal in pain. (2) “I plead for mercy.” David begs for God to show him grace and loving-kindness. He does not demand as one who deserves or merits mercy – he speaks as one who knows he’s unworthy. Whether one is a king or a pauper, all should display such humility before the King of glory! (Psalm 24:10). (3) “I pour out my complaint.” There’s a sense of lament and candor (we might even call it brutal honesty) in describing his circumstances and feelings. (4) “I tell my trouble.” He talks to God about his plight. Caves make mighty good places to pray!

What have you learned from your own “cave experiences?” Have you faced yours with faith? What kind of friend are you to those who currently may be “cave dwellers?” Let’s remember and be ever thankful there is no “cave” on earth so dark that God’s light can’t be seen (John 8:12).

Category: Mondays with MikeBy Polishing the PulpitFebruary 11, 2020Leave a comment